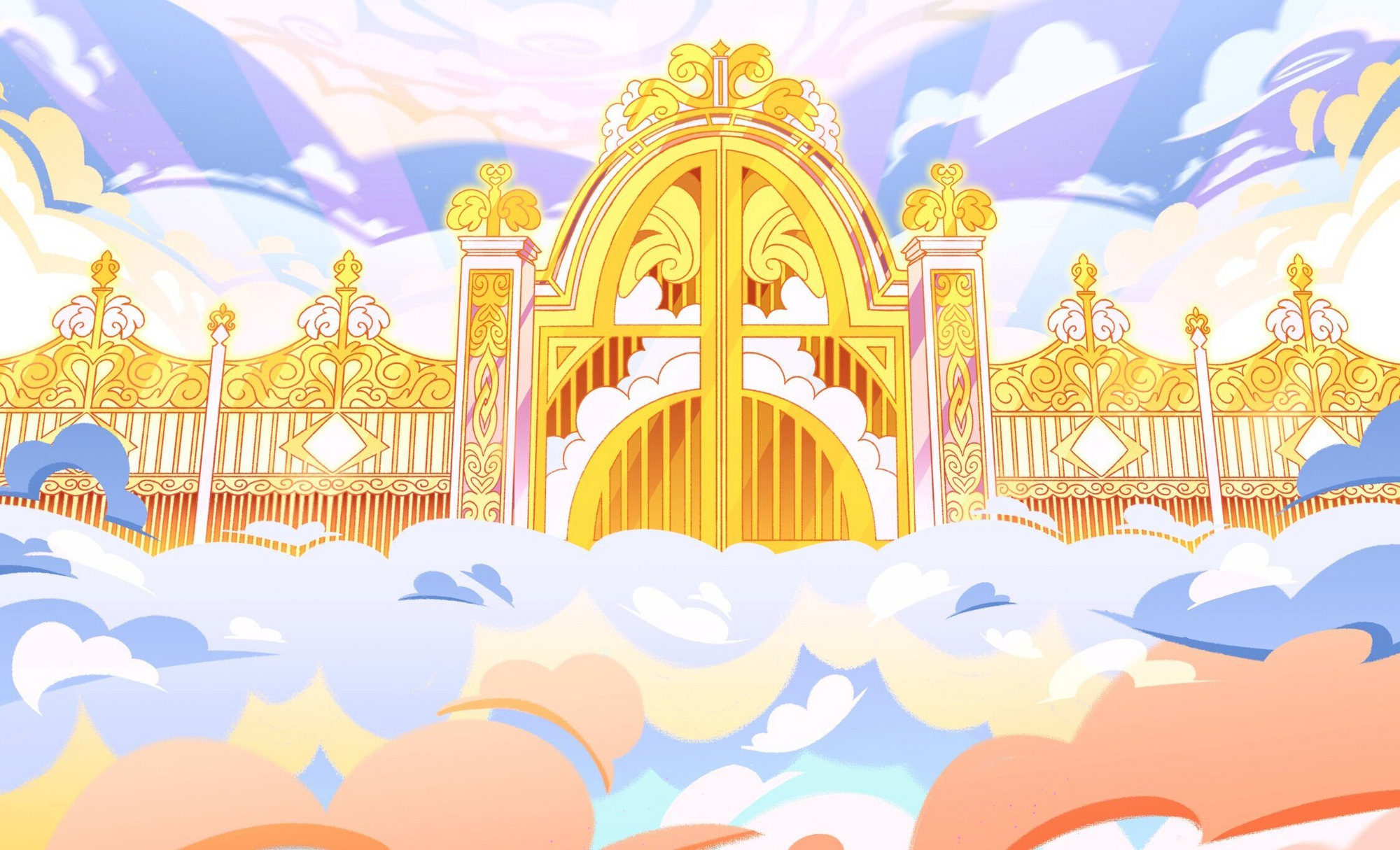 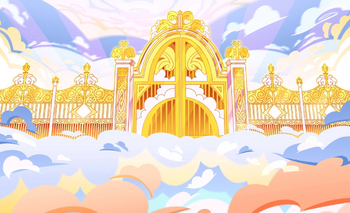 Heaven is the ethereal realm of Angels. Heaven is where souls go after their departure from life, but unlike its infernal counterpart, Heaven is purportedly for the souls who are “good” and “redeemed”. The landscape is radically different from Hell and has an entirely different attitude.[1] Existing above Hell itself, Heaven can be seen in Hell’s red sky next to the satanic star moon. At a distance, it appears to be a white orb surrounded by clouds with a vague halo above it. At the surface, its atmosphere features clear skies filled with brilliant rays of light, while its terrain appears to be extensive fields of cloud.

Aside from their roles in the afterlife, the exact relationship between Heaven and Hell is undefined. The denizens of Hell hold strong animosity toward Heaven and its inhabitants. In particular, a specific group of an angel called Exorcists descend to Hell once a year and reap various demons in an event known as The Extermination, in order to curb Hell’s overpopulation problem. Heaven is not a mirror image of Hell, but it does thrive and operate in a similar manner.[1]