Transforming lives since 1865 – The story of The Salvation 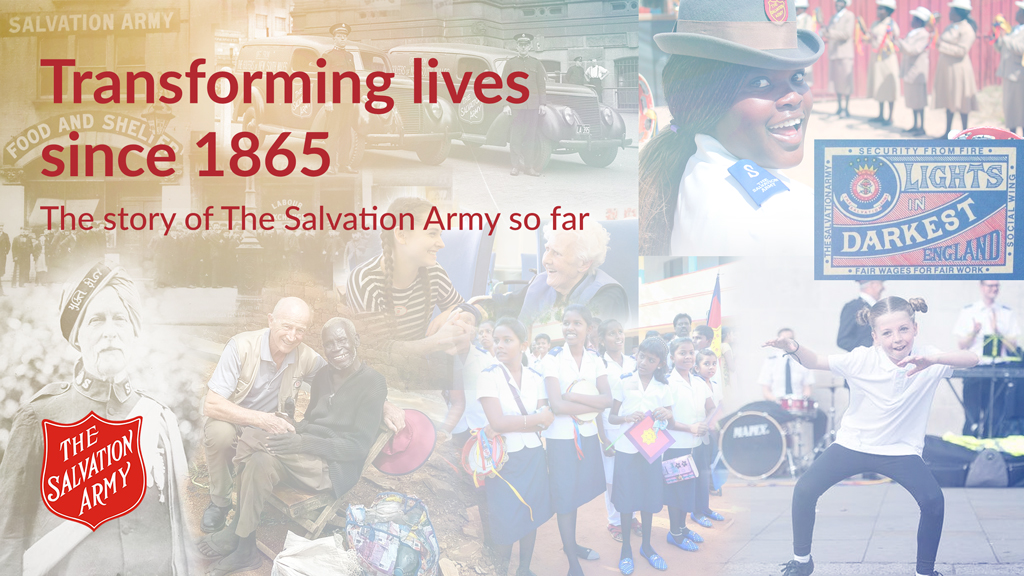 From time to time in The Salvation Army’s history, it has held International Congresses. National and Territorial Congresses are held regularly, but these international occasions have seen the whole of the organisation convening for special meetings.

Usually held in London, the 2000 Congress was arranged in Atlanta, USA. However, 2015 saw a return to the birthplace of the Army, London, for a highly significant anniversary: 150 years since its founding.

Whereas previous Congresses have been held over the course of a weekend, this anniversary was marked with a five-day event in the O2, a large London event space. Themed Boundless – The Whole World Redeeming, reflecting William Booth’s hymn ‘O Boundless Salvation’, the name also echoes Ephesians 3:8:

Boundless saw Salvationists from across the globe gather for music concerts, exhibitions, dance and drama performances, and of course meetings in the main arena offering reflection, prayer and worship of God. This culminated in General André Cox’s call for Salvationists to focus on God’s work. ‘This is boundless salvation’, he said, ‘A total surrender of our lives and the total commitment to the mission.’

Each event of the Congress was planned, first of all, to bring honour and glory to the Lord, but also to display the cultural diversity of our worldwide Army.

It is astonishing to think how far the organisation has developed in its history. From the early days of street preaching in London, it now offers vibrant weekly worship, practical care for the disadvantaged and services meeting all kinds of social needs. Through the vision of the Booths and subsequent leaders, members and friends, The Salvation Army is known in so many parts of the world, and through its work