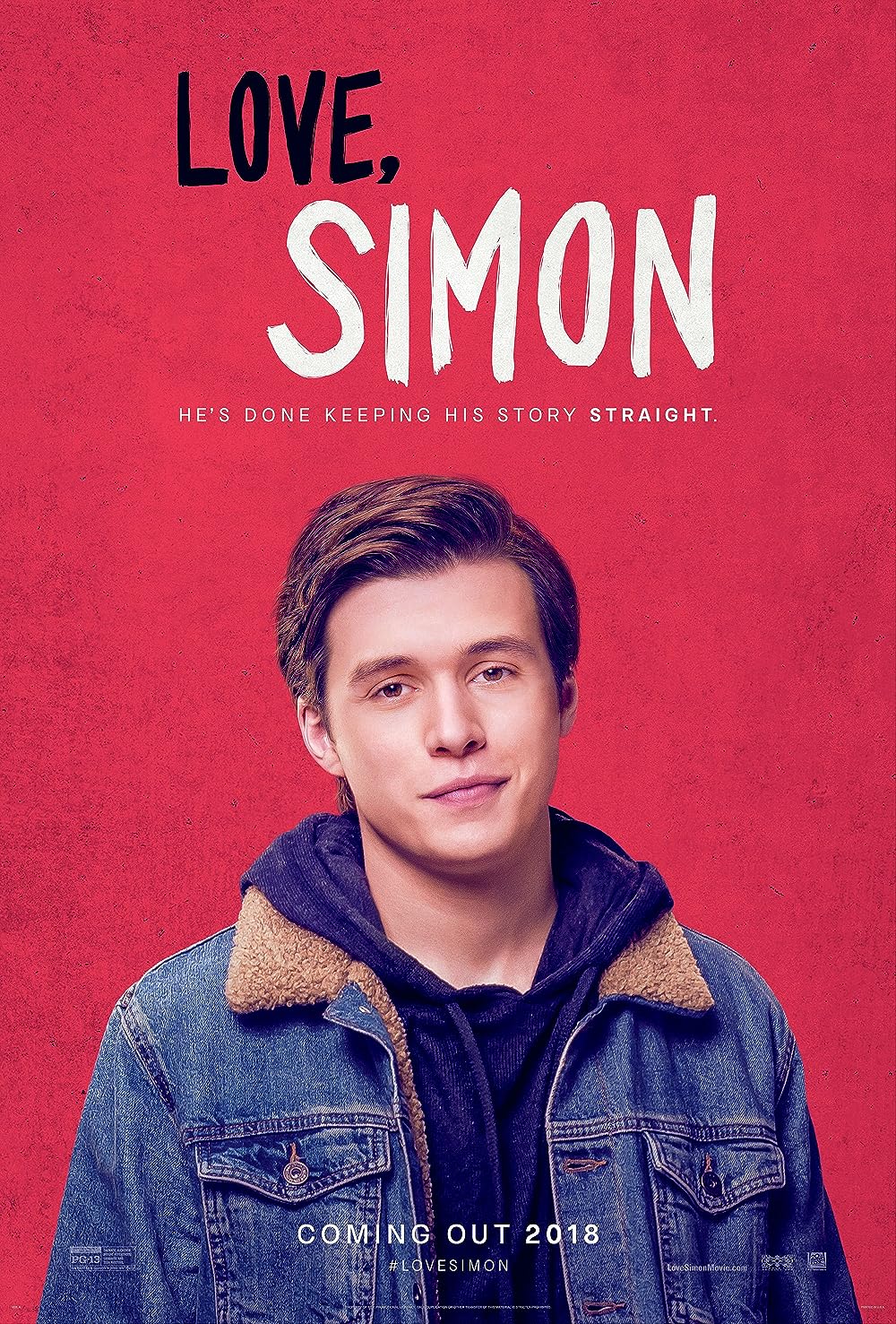 Wow…this was such a mixed experience for me. I frankly hated (no joke) roughly the first third to half of “Love, Simon,” but, when more depth and consequences of actions are portrayed in the second half of the film I became engaged and loved it, up to and including the ending, which is as sweet and touching a conclusion as you hope for in a rom-com. I realize this is meant to be an homage to 80’s teen films, so I tried to forgive the too-pat, flat, one-dimensional stereotypical characters frenetically surrounding the more grounded Simon (and there are far too many of them for you to have time to remember or care about), but the snarky, too-cool, and “clever” dialogue really got to me, and the film lost me for that first period. But then the consequences of Simon’s selfish and, well, ultimately cruel actions toward his loving friends and family kicked in, and the resulting scenes swept me up and delivered me nicely to that sweet ending. I would likely watch this again, but with the awareness that I’d be enduring the first half (the equivalent of fingernails screeching on a blackboard) because it builds to a very satisfying second-half and conclusion. Worth viewing, but not the film I’d hoped it would be when I saw the clever and fun trailers for months prior to opening.