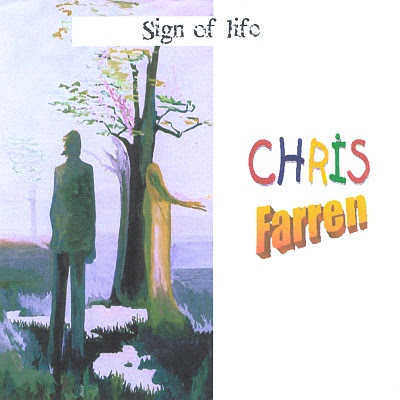 But never achieved success as singer/performer.

From the piano lessons he began at four years old, to the guitar, trombone, and saxophone, to the club bands he played in during high school and college, his entire life was consumed by music: “Music just had a strangely powerful allure for me.” He enrolled at East Carolina University, but when the course work began leading him toward classical music, he switched his major to English, and focused on creative writing as a way of advancing his interest in writing songs.

He graduated in 1981, moved to Los Angeles, and supported himself playing club gigs and as a session singer on demos, jingles, and backups.

Farren signed an artist/writer publishing deal with MCA in 1983 and created a niche writing for film and television during the mid-80s, appearing on soundtracks like ‘Night Of The Comet’, ‘The Heavenly Kid’, “Jake Speed”, and on other artists albums as performer like the wonderful KAZU MATSUI PROJECT posted HERE. Advised that he did not fit the techno/heavy metal/glam rock image then popular, and that Nashville was the only place then embracing the singer/songwriter, he made the move, despite not considering himself a country artist.

Between producing, playing guitar and singing backup on other people’s records, co-writing with some of the city’s best songwriters and the session work he continued to do for movies in Los Angeles, Farren was able to record and engineering demos of his own songs. All these recordings are likely finished material, with excellent sound and production, but never were officially released.

“Sign Of Life” is a bootleg, but what a great collection of songs. And I insist, sounds mostly like a final production. ‘Dreams’ starts in a subtle manner but then explodes into a soundtrack / AOR style tune with great rhythm and awesome guitar playing. The midtempo / ballad ‘No Sign Of Life’ is a gorgeous song in the best Steve Kipner style, while ‘Together We Stand Alone’ has hints of his Nashville residency, featuring excellent vocal harmonies.

‘Dance Of Love’ is just the man and his acoustic guitar, a breezy and charming tune, here you can take note of his ductility as composer.

‘What Kind Of Man’ is another soft track, remembers me David Foster, don’t ask me why. Beautiful one. ‘When The Lightning Strike’ is a pure AOR song, but ‘homemade’ stripped and direct, I could imagine this one with big and lush production sounding great. ‘Dirty Money’ is in the Stan Meissner style, with nice guitar work. The arrangements and production of ‘Somebody Save Me’ are in the pure L.A. smooth WestCoast style.

‘I Will Be Waiting’ wraps this compilation, a good soft AOR with a pulsing bass line and very nice chorus.

“Sign Of Life” remains unreleased, not because it is devoid of talent or opportunities to be published (Farren has very good contacts in the business), surely he decided to full turn over his career into the producing / publishing department. Swedish bootleg ripped @ max quality including artwork.

Very Rare and Hard to Find.

03 – Together We Stand Alone

07 – When The Lightning Strike