Is Days of Heaven the most beautiful film ever made? 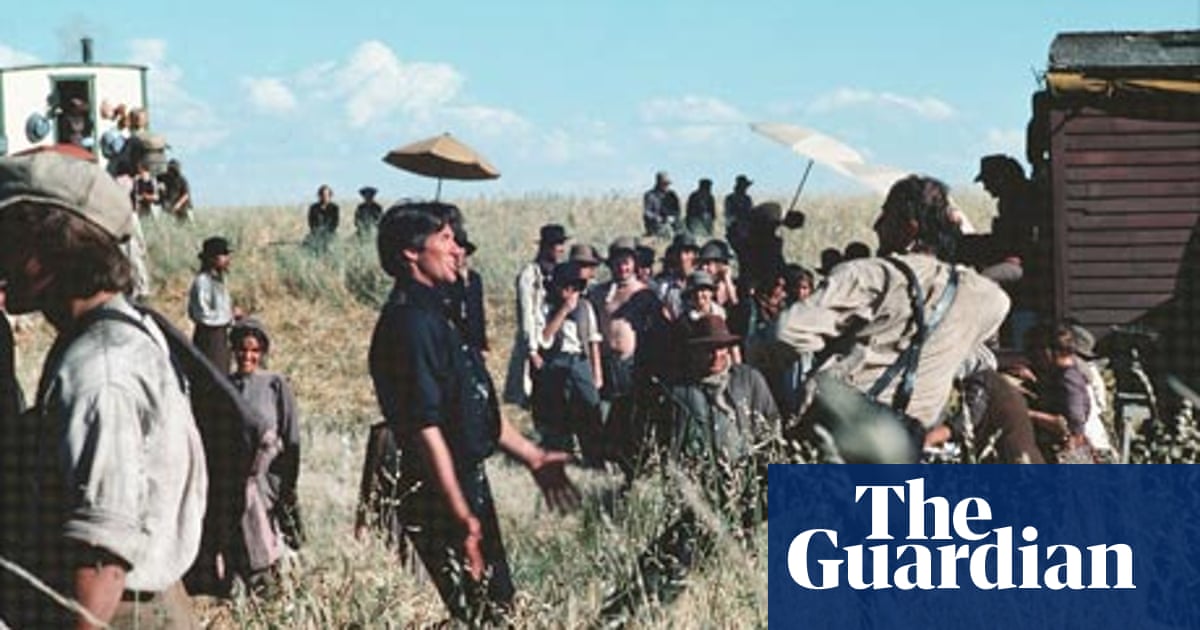 Terrence Malick’s 1978 movie Days of Heaven was never a huge hit, but it was such a departure and so deliberate an attempt to have the audience stirred by beauty that it felt calming and inspiring. Without shame or caution it was trying to address the pre-modern era of American history, the natural conflict between landowners and newcomers. But it was just as interested in the vanity of men and women trying to tame and organise the wild parts of the country. Beyond that, was this perhaps the most beautiful picture ever made? Second films are famously hard, but with Days of Heaven, Malick was announcing that he would do things his way.

By common consent, his first film, Badlands (1973), was one of the most remarkable first feature films made in America. The contest in that category is fierce. It would have to include Nicholas Ray’s They Live By Night, Charles Laughton’s The Night of the Hunter, Preston Sturges’s The Great McGinty, Abraham Polonsky’s Force of Evil, not to mention Citizen Kane. But even in the risk-taking era of the early 1970s, Badlands was arresting, unexpected, violent … and beautiful. At first, that beauty seemed the natural bloom of an original vision. This looked like another story of wild kids on a rampage. But they were both so naive in fresh ways – Kit (Martin Sheen) eager to exist in a movie, and Holly (Sissy Spacek) like a girl watching his movie, swept away but knowing it wasn’t real and would have to end.

The melodrama was offset by her deadpan narrative of crazed events, and by the way Malick made the flat and desolate territory seem like Eden after a bomb attack. Some of the music was by Erik Satie and Carl Orff; the imagery felt painted; the mood was primitive yet surreal; and it was as if a young but intelligent imagination had chosen to sum up the whole giddy futility of dangerous liberty in the American soul. A lot happened; it was very vivid; yet it was also a film about boredom. In the wilderness, freedom meets the empty imagination – is this America?

Badlands had been made with private money, as a speculative venture, but after it opened at the New York film festival, Warner Brothers took it up and the film got into profit. Filmgoers were eager to see what this man would do next.

It would be five years before Days of Heaven appeared. When it did, many critics gasped in amazement – was it possible this was even better? It had three people (Richard Gere, Brooke Adams and a teenage Linda Manz) escaping from a hellish steel town after Gere has killed a man. They take refuge on a vast midwest ranch where a lonesome rancher (Sam Shepard) falls in love with Adams, and trouble builds. Shot frequently at magic hour and with another flat but elegiac commentary from the young girl, it was ravishing and self-conscious.

But such beauty is a tricky thing. It’s not that photographic beauty is actually that difficult: the art of the camera begins with making the world look pretty, elegant and desirable when, in truth, it’s far more complicated. That’s why so much advertising is so good-looking; it makes us want to purchase. Thus, beauty sometimes can smother meaning. It was in that perilous area that Leni Riefenstahl in Triumph of the Will (1934) had made SS storm troopers looks so handsome, so strong, so overpowering … so lovely?

There is a scene in Days of Heaven when Malick seemed close to this quandary. There is a night when a plague of locusts, some as big as your hand, come down on the ranch. Everyone rallies to beat the insects away with flails or fire. The bursts of orange in the night are staggeringly beautiful, and at one point Malick notices and chooses to dwell on a locust on a stalk of corn with the contrast of fire and night making the image. It’s as if one of the ranch hands desperate to save the ranch’s crop had suddenly stopped in his efforts and his hostility to the locusts and said: “Gee, have you ever really looked at a locust before? They are amazing and so beautiful you feel there must be some design in their making. So why are we trying to hinder them?”

The heavenly feeling in the movie is not really there in what happens to the people. The plot is full of tragedy, loss and separation, and of a briefly glimpsed paradise that cannot sustain human shortcomings. But heaven is there in the light on the grass, in the romantic aura of a house and in a few people in a place where there is no one else. It is the very American feeling of wanting to find the lonely panoramas, and that is one of the things that lets both A New World and The Tree of Life hover between poetry and bathos.

Days of Heaven was widely acclaimed. It won for the prize for best direction at Cannes. Néstor Almendros’s cinematography got an Oscar and the film easily recovered its $3m investment. But a few observers – I was one of them – said, wait a minute, this extraordinary talent might be headed for prettification. I don’t think it was because of those warnings, but Malick did not make another movie for 20 years. It was said in the press that he had disappeared, that he was a recluse who declined to become a public personality. I met him in the 90s and it turned out that there was nothing reclusive about him. He was friendly, every bit as intelligent as you expected, and informed and experienced in many subjects – but disinclined to talk about movies. After the self-preoccupation of some other directors, he was refreshing and endearing.

What had he been doing? Well, he read a lot, he listened to music, he travelled widely, he watched birds and every other form of animal life he could find. He thought and he waited. Eventually, in 1998, he made another movie, adapted from the James Jones novel The Thin Red Line, loosely based on events at Guadalcanal. It was amazing in that no one had ever guessed war could be like this: with a band of exhausted and maddened soldiers going this way and that across the terrain of a spectacular tropic island as if to say, well, war is loud and bitter, but it will pass. The grass, the ferns, the butterflies, the snakes – they will abide. In other words, Malick had a vision in which the furious and hysterical battle of nations hardly mattered. So long as you could live with all the human damage.

Many of the soldiers were big-name actors, because by then Malick had acquired such a cult reputation that everyone wanted to work for him. In addition, he had built up a Kubrick-like authority in which he refused to do interviews or promotion and simply told the sources of big money, “Well, I think I’d like to do this.” Whereupon someone said, “Of course, Terry, how can we help you?’

No, it wasn’t as simple as that. But still, in these hard times you have to ask how anyone managed to get to make The Tree of Life, and after its variously respectful, bewildered and modest reception (it did win the Palme d’Or at Cannes), how is he thinking that on the DVD version to come he will actually release his preferred six-hour version?

Some people say The Tree of Life may be the greatest film ever made. Others think it’s religiose and pretentious, high-minded and half-baked pictorialism. I’m in the middle. I think its scenes of childhood are magnificent and unrivalled, and I recall from those first two films how alert and tender Malick has always been to the young imagination. But the deeper it gets into life, the more clearly it reveals that being beautiful in a movie is not enough. The actor Sean Penn seems to have a similar feeling. Once a Malick devotee (he is in The Thin Red Line), Penn believed the script had offered him a real part in The Tree of Life, but the film had turned him into a cipher lost in the sterile beauty of Houston architecture, without a voice or a dramatic role.

There is no answer to this just yet, but it assists a rich argument about where the cinema is going, and I think it all began on the gorgeous prairies of Days of Heaven.